So, What Are The Tweeting Rules? And Does A Bass Singer Toot On Twitter? 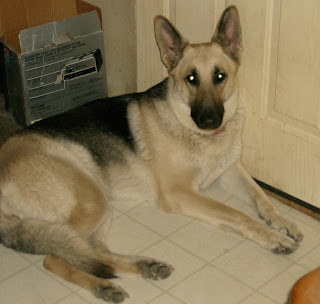 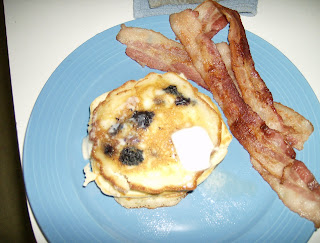 My blueberry pancakes were okay but I suspect they might have been better had I not used pancake mix that had been in a plastic storage bag in my refrigerator since Oct, 2007. Well, my doctor doesn't like me eating pancakes. I didn't quite realise that I was following orders so well. At least that box is finished. I wonder if my doc will let me slide with one box of pancake mix every two years.

Le's see, simultaneous bombings in Jakarta, looks to be the work of an alQ branch office. I thought Obambi was going to stop all this. For years the lefties have been telling everyone that explosions by Muslim nutcases were all because of George W. Bush. and his oil buddies. From Texas!!!!111!!!eleventy!!! Anyhow, looks like six dead, so far.

I wish I knew how to triple bold something. Oooh, speaking of things I'm learning, see that picture of Cochise' Apache Princess up top? I used the software on this here Dell contraption and cropped it. And blew it up a tad. Next thing I'm going to try is turning off those laser beams in her eyes. Well, maybe. I don't want to take away her ranging device. I'm pretty sure she knows exactly how fast she can jump on a troll.

Speaking of trolls, Pamibe seems to have a slight case of the kind of trolls that come on, spewing charges of racism and who must try to convince everyone how much smarter they are than all the regulars. I don't hardly get trolls, I think it's because my titles aren't often political. Or maybe Princess scares them off. Pam has a Collie and a Dachshund. People respect German Shepherds for their teeth. Collies? They're respected for tellin' everybody that Timmy fell down the well. (if only Timmy Geitner would fall down a well) Eh, Brea would just tell everybody. Actually, Brea would tell Pam and Arthur, that wouldn't be so bad, all the Pamibe regulars taking turns peein' down the well.

Oh yeah, sidetracked again... My lack of trolls could also be from my lack of traffic. Or maybe the pictures throw them off. Or scare them off. We'd better leave this guy alone, he'll hit us with a hot pancake. Made from two year old mix!

Oh, speaking of trolls, that Susan Roesgen person(?) is not having her contract renewed at CNN. You bemember her, picking a fight with folks at the big April 15 tea party in Chicago. Maybe, just maybe CNN is figuring something out. Let's see now, I'm in a business where I am paid to have people sit down and watch my commercials. Very few people will watch my commercials unless I put out a program folks want to watch. Hmmm, over half of the people in the country are somewhere between sort of right and far right, most falling into the center right. Add the libertarians and perhaps it's not such a good idea picking fights with those folks. I know, that's crazy talk. They're probably letting her go so she can run outreach from the Obama camp to the tea party movement. Speaking of the Obama camp, do y'all remember back in the late '60s into the '70s where "camp was a big deal? Not being out in the country, sleeping in a tent cleverly positioned over a giant anthill, camp as in guys looking like they don't really like girls and girls acting like they either don't like guys at all or like way too many guys? That camp? Well, now that I mention it, it kind of describes the whole Obama Administration.

I keep getting e-mails from folks telling me that they're following me on Twitter. I don't understand how that works. I joined Twitter so I could follow the Iranian uprising, which is still going on, not that we notice over here. I have never tweeted. Now before I lost those teeth I used to whistle some but not only have I never tweeted, I don't know how to tweet. Nor do I understand the language of tweet. I'm afraid if I tried it'd sound more like passing gas. Hmm, that reminds me, I need to make a big pot of beans. Oh, anyway, how can folks follow me if I never tweet? Oh well, at least I use my turn signals, that might help if'n you're following me.

Oh, and does having people follow me mean that if I'm the last one through the light before it turns red I need to pull over 'til it changes again? I need to know these things and I don't get to town much.

Oh, since I'm confessing that I don't get to town much, let me get something else straight in my head. Peeps. Is there a certain timeframe around Easter when Peeps doesn't mean the same as folks, only citified? Oh, and while I'm at it, since I'm just a good ol' boy from the country, am I allowed to have peeps? Or do I have to have folks? I don't want to break the rules.

Well, it's about bedtime. I wonder about this: it seems like Obama care will work by cutting out expensive treatments. Gays support Obama and Obama care. HIV treatment is very expensive. Seems like HIV/AIDS is probably going to be one of the first half dozen things they'll blow off. Figure they are talking about blowing off care for the elderly. Excuse me? The elderly vote. More than anyone else except dead folks in Chicago maybe. Politicians like their jobs. Sure they're going to cut of care for the elderly. And next election go back to North Dakota.

So, they say that they'll probably cut off care for treatment of preventable diseases. Like from smoking or obesity. Smoking takes decades to kill someone. And I see more than a few fat old folks. The most easily preventable disease I know of is HIV/AIDS. Don't use unclean needles and keep your trousers up. We spend gazillions of dollars on HIV/AIDS education and all we need is a four word phrase: Sleeves down, zipper up.

These deep thoughts hurt my brain housing group so, g'night.
Posted by Peter at 10:11 PM