So Much For Freedom

Today is, I believe, the day that freedom of speech is lost until after the election. We are not allowed to say anything about politics without official permission from those who are supposed to work for us.

I shall never forgive that scumbag McCain. I expect the Democrats to be anti freedom, that is what they do. I would not vote for a Donk, anyway, not on a bet. I will, though, never, ever, vote for any Representative or Senator who voted for this bill.

John McCain is a crook. He was in the Keating scandal up to his eyebrows. He claims that we are not supposed to spend our very own money because he is a crook. Wouldn't have been better for him to retire instead of attacking our freedom? 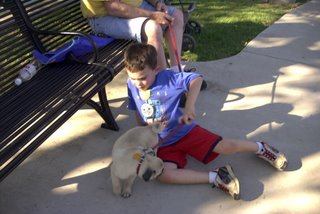 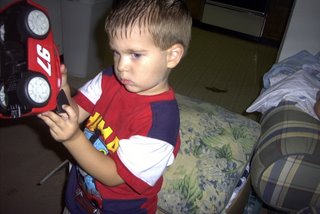 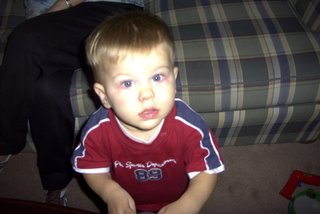 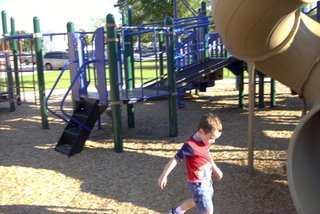 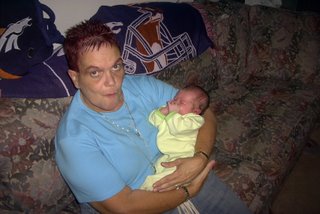 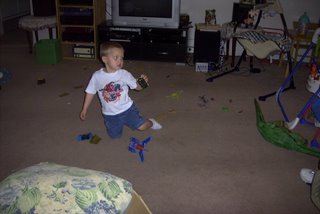 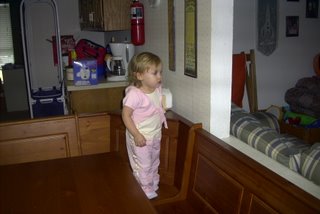 We had a special treat this week, three of the four kids were in town so we had seven of the grandkids in one place. I have them in some kind of order, it is, from top to bottom, Ethan, Nathaniel and John Mark, belonging to Robin and Meleah.

Next are William and Josiah Dean, they go with Stephanie and Dean. That is Linda Lou holding Josiah. She is responsible for this whole mess.

Now it is time to nap for about two months.
Posted by Peter at 9:21 AM No comments: