Bacon And Prewash For The Dishwasher 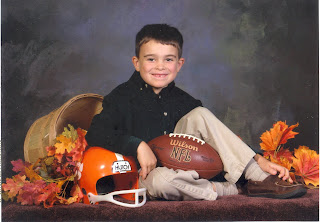 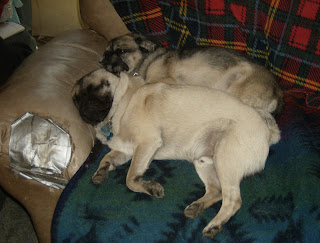 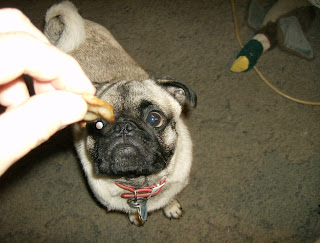 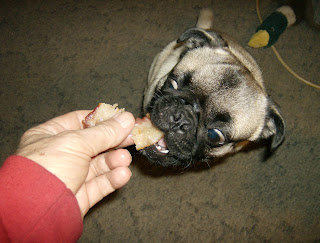 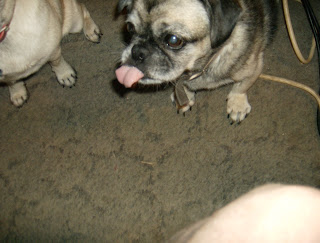 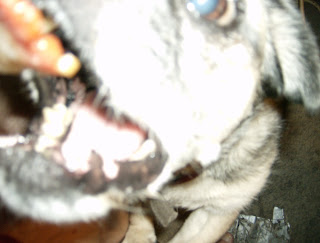 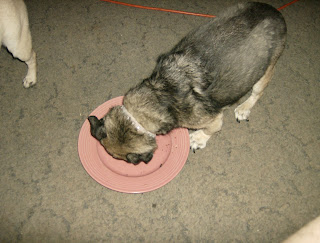 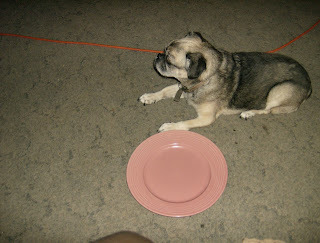 It's a pretty big deal when Dad has bacon. Pugs get excited by bacon for some reason.

Afterwards Ming acts as the prewash cycle for the dishwasher. I'm sure she only does it because of the fierce and draconian discipline we have on these dogs. I'm sure that's it.

I think I only survived breakfast because Princess was outside. I experimented a little, blueberry buckwheat cakes, with honey. You know how many times Edison failed with the electric lightbulb before he finally found one that worked? It was like one of those times. It wasn't exactly awful but it wasn't very great either. I'm kind of hoping that the Pancake Police don't take me in for a violation. Are the Pancake Police still allowed to syrupboard suspects?

In other impotant news, yesterday was Ethan's birthday. Ethan is the oldest of Robin and Meleah's brood. He turned eight. He is a fine figure of a boy that I don't see near as often as I'd like.

I'll fight with it some more later, right now it's bedtime. I'll be out of pocket most of the day, it's payday and Linda Lou insists that I get a brake job on our asexual grandparent mobile. (thanks Bou) If it weren't for all the cool people I "meet" online I'd blow off these infernal machines. Anyhow I like GSG, I just don't much care for her hiding behind Logan.
Posted by Peter at 6:59 PM

Email ThisBlogThis!Share to TwitterShare to FacebookShare to Pinterest
Labels: Dogs, He Has Grandbaby Pictures