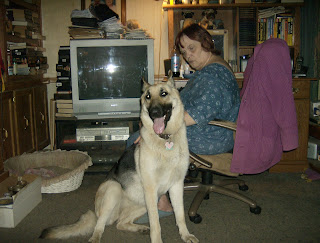 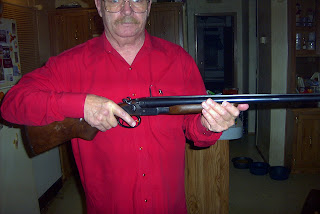 So the first thing I read everyday, besides the E-mails is the Puppyblender's site. That reminds me, are we still in a war to the death with Glen? Well, anyhow I saw where Obambi's fifty billion dollar plan to prevent home foreclosures is, so far a bust.

Now I'm in no danger of foreclosure, seein' as how our little hovel is paid off but I'm told that this hurts me, also, making my house and land worth less. This does not really bother me much since the only way I'm moving is to the hospice. It does hurt my net worth, not that I care much. But those who are younger and more interested in buying things, well, net worth means something.

It hurts folks still paying for their houses, mostly. Someone who bought a home for three hundred thousand dollars who now finds the house worth only two hundred, is in real trouble should he need to move, say for a new job. Worse, someone loses his (or her) job and fails to find a new one soon enough, becomes in far worse trouble. A few years ago, no great problem, lose the job, not much trouble selling the house. Aperson who didn't get third mortages to buy toys with had enough money to live on for quite a spell, usually long enough to find another job.

Today almost no one is buying much of anything but groceries. I'm watching for patches to show up on kid's jeans again like in my youth. Although it wouldn't mean much out here, I'd have to go to town to find out if folks are really changing. Never mind, I don't like going to town. Y'all city folks, keep an eye out. Let me know when the Oskosh B'Gosh stores all close.

Speaking of Glen, there is the thing about the scoring of the computers in the Honduran Presidential Palace. Seems that they had the results of the election already, although the election hadn't happened yet. Naturally this Zeyala feller is the one Obama supports, can't have somebody that believes in fair elections, can we.

Judging from the people Obama wants to cozy up to, we need to be especially careful the next few elections. Perhaps on Oct, 29th, 2010 we need to have the FBI seize the White House computers to see if the election results are already there. Probably be a good idea to sweep out the Acorn Offices with buckshot too, just before the election. Just sayin'.

In other news from Glen, seems like Mary Jo Kopechne died forty years ago, Ted Kennedy is still the lion for woman's rights. I'm not quite sure how that works but then, I'm just a blogger. If I were smart I'd know that letting a woman die is totally okay as long as you support abortion. Rest in peace Mary Jo, I'll sit here and hope that Teddy's death from cancer is exceedinly painful, followed by an eternity of still greater pain.

I really, really need to work on that whole forgiveness thing. Maybe I'll start next week. Or the day after Kennedy dies in agony.
Posted by Peter at 9:04 PM